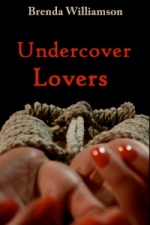 
Government spy, Jenova Moorling is working undercover investigating a worldwide white slavery operation, but the process is daunting. She doesn’t have time for love. But when she kisses a man to maintain her undercover status, she suddenly decides all work and no play is a big problem. What woman can deny hidden desires for a handsome stranger that draws upon her buried lust.

Derex Compton is in the right place at the right time. He has to tail Jenova and make sure she’s doing an efficient job. However, when their relationship escalates into a sexual affair and his covert operation is discovered, it creates a big problem between the couple, causing Jenova to go on a dangerous mission to prove her competency as an agent. 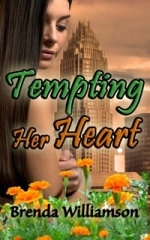 Tempting Her Heart, by Brenda Williamson


Marigold is used to having money. When her father dies, leaving her penniless, she believes marriage to a wealthy man would correct her situation. Only the fellow she chooses has a poor, yet extremely attractive cousin who distracts her at every turn with his unique charm and searing passion.

Felix doesn’t like the con his cousin is pulling on Marigold, except when he figures out she’s playing the same game, he sees nothing wrong in pursuing her for fun, until seriously falling for her gets in his way to keep things between them casual.

When the deceptions unravel, Marigold has to decide between her dream or the wealth of love Felix offers.